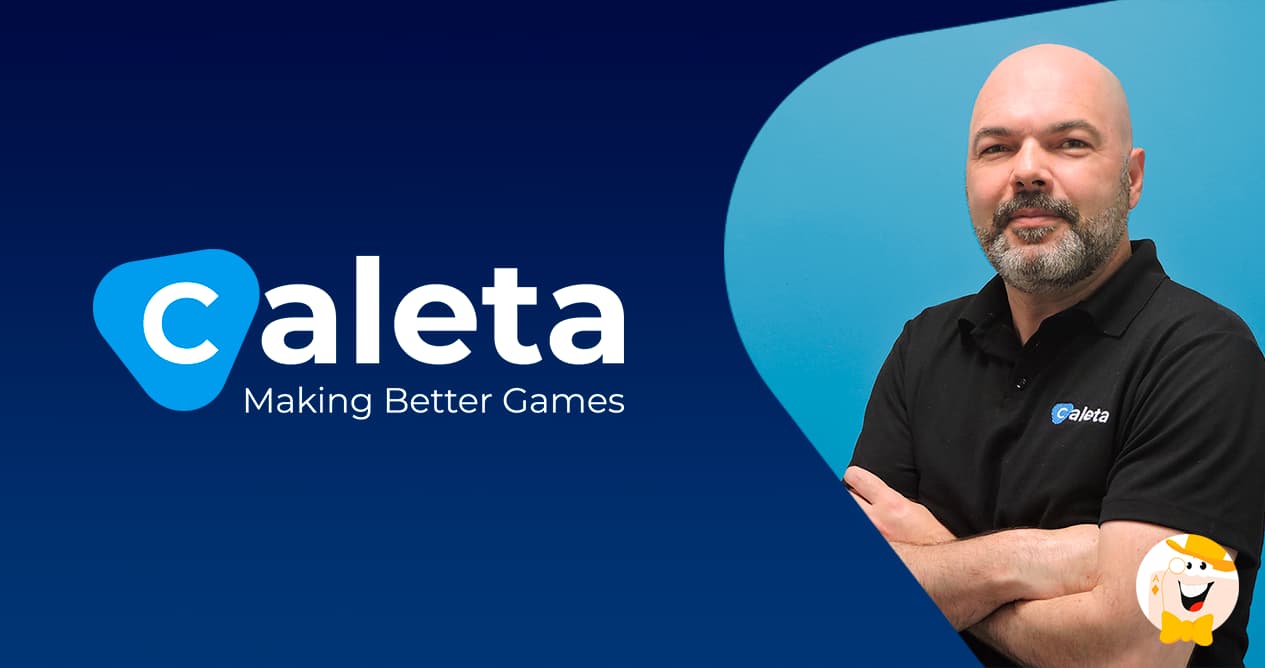 As a Brazilian-based online games provider, Caleta Gaming knows its market. Video Bingo is a hot commodity in Latin America and an ideal focus for the portfolio. Additionally, slots, scratchcards and keno contribute to the growing product line-up. Innovation such as the Paradise Trippies slot broke ground in the crypto world as the “first slot to reward NFTs”. Thanks to Fabrizio Freitas, Head of Marketing & Analytics at Caleta Gaming, we’re able to give LCB members some insider info. Learn more in this exclusive interview!

Q: Caleta Gaming products surfaced several years ago with a range of online slots and video bingo games. Please tell us the story of the launch and Caleta’s mission heading into the iGaming industry.

A: Caleta Gaming was founded in 2013 by two partners, Fabíola Jaeger and Paulo Nova. In the beginning, the business model was to develop games as an outsourced service for other companies to distribute. Later on, Caleta received investment from Yolo Group, a company focused on investment opportunities across gaming and fintech, and the business model changed. We started to create our own games and distribute them in partnership with casino content aggregators and operators. Since our debut in 2019, we are growing non-stop in every market we enter.

Q: Talk to us about the rise in Video Bingo and the decision to specialize in these games.

A: Caleta is based in Brazil and 95% of our team is composed of Brazilians, so we understand Latin America. Bingos played in person in places like churches are a tradition down here, and this success is translated into Video Bingos as well. Beyond that, we are happily uncovering markets in other continents where players love Video Bingos as well, like the Philippines.

Innovation is a key component of Caleta’s game design and product development. Every game launched in 2022 have an innovative mechanic or feature. First, Atlantis Bingo features “Ocean Fever”, where progressive bars in individual cards hit a bonus round when an extra ball purchased matches a lucky number highlighted on the card. Second, Paradise Trippies Bingo is the first video bingo in the iGaming industry that is not only based on an NFT theme but the first one that rewards players with exclusive NFT artworks. And third, Bingo Royale, the most recent Video Bingo launched by Caleta, innovated with “Royal Roulette”, a multiplier feature triggered when players hit 3 numbers during the extra ball feature. Those are some examples of how Caleta is committed to innovation in Video Bingo design.

Q: In addition to slots and video bingo, Caleta’s portfolio also includes keno, lotto and scratch cards titles. One may consider these many of these products popular with online bingo providers, but your success is with online casino operators. Do you find the games are more in-demand from casino players? What, if any, research has been done to identify your core customer?

A: There are tens of thousands of games in the casino industry and slots games are the overwhelming majority. We notice that players want to experience different types of game mechanics, so we believe in a portfolio with a mix of game categories is better to respond to this trend.

We used a lot of analytics tools to research our player’s behavior. Although we do not have access to any personal information, only gameplay and betting, it’s still very insightful. We know exactly what type of game is preferred in specific countries, what’s player engagement, average bet, and so on.

Q: ‘Bonus Only’ is the latest 3-reel online slot to launch in collaboration with Golden Rock Studios. Tell us more about the game.

A: Our partnership with Golden Rock Studios is going very well. Their game design is very creative and the artworks are excellent. Bonus Only is a good example of both. It’s a simple 3-reel slot with no symbol payouts on the reels so the base game doesn’t trigger direct prizes. Instead, each one of 3 win lines can trigger its own feature by getting 3 or more bonus symbols: Vegas, Macao, or Monte Carlo. Each bonus consists of a trail/board with 40 sections themed up with the city. The player will need to roll the dice to move around the board. Depending on where they land will determine the prize, either a multiplier, no win, extra roll or move back or forwards around the board. If the player goes around the board, all payouts are increased by the highest amount on the board. It’s very fun and unique.

Q: The company recently became licensed to enter the Bahamas market. What does this mean for Caleta Gaming?

A: One of our key strategies in 2022 is to expand our operations to more regulated markets. So early this year we outlined a certification roadmap to enter strategic regions. We are convinced it will be successful despite being a long-term undertaking that requires significant resources and investments. The Bahamas supplier license was another step in this direction and is allowing us to make consistent progress on regulated markets at LATAM, a region with huge untapped potential. We have already applied to get the Malta Gaming Authority (MGA) as well, which will allow us to enter regulated markets worldwide. We are very excited about the growth it can bring to our business.

Q: NFT has entered the online gambling arena and Caleta is at the forefront with Paradise Trippies. Give us an overview of the “first slot to reward NFTs”.

A: NFT stands for “Non-Fungible Tokens,” which is a blockchain technology that allows the verification of ownership of any digital media. Similar to how cryptocurrencies created new currency trading markets, NFT tech changed the way of collecting and trading artworks. We decided to create an NFT game to contribute to this trend by being innovative. So early this year we partnered with Paradise Trippies and Bitcasino to create a custom slots game that rewards players with exclusive NFT artworks. Paradise Trippies is the group that created the NFT collection and Bitcasino is a bitcoin-led online casino. Before that, there were games that used NFT as assets, but not as prizes. Our NFT slots game was so successful that we decided to create another NFT game, this time a Video Bingo. It was launched last May and is already a huge success too.

Q: What’s next for the company and the role it will play in the future of online gambling?

A: At the beginning of 2022 we planned a challenging roadmap, which includes not only new games but engagement tools, integrations, certifications, and of course a lot of innovation. We’re halfway there and everything looks very good. On the game design roadmap, we continue not only working on our own titles but are also creating custom and branded games in collaboration with key partner companies, like Golden Rock Studios. Our team continues to focus on delivering innovative games with fun bonuses and features to keep engaging and surprising our players. We’re also continuing to put our team on the road. In Q1 and Q2, we participated in events like ICE London, GAT Expo in Colombia, Sagse Argentina, Peru Gaming Show, and sponsored the Brazilian iGaming Summit (BIS) here in Brazil. Later this year we’ll be sponsoring iGaming Next Valletta and our team is going to be at G2E Vegas and SBC Barcelona, to name just a few. So we hope to keep contributing to the growth of the iGaming industry.