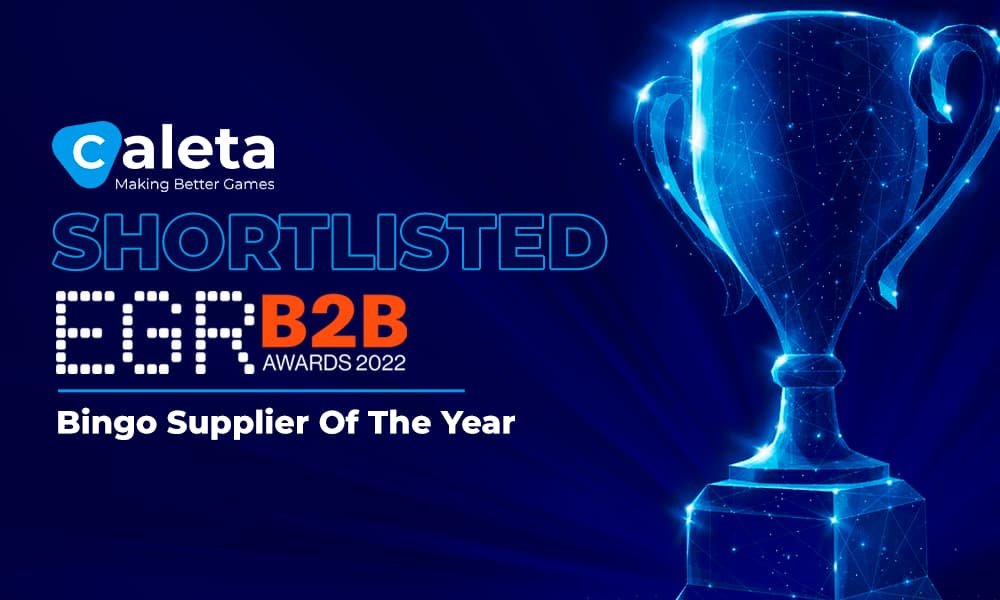 On June 15, the prestigious EGR Global B2B Awards 2022 will happen in London. The ceremony promises to celebrate and award the best in the iGamming industry across 42 categories.

Caleta Gaming is proud to announce that it has received a nomination for “Bingo Supplier of the Year”, recognizing the effort to deliver the best premium video bingos seen in the industry.

The team is excited about the announcement after receiving an award at the SAGSE Ranking 2021 for “Best Video Bingo Supplier in Europe”, and is hopeful that will bring another trophy to put on the wall.

Fabrizio Freitas, Head of Marketing of Caleta commented: “Caleta has created 23 Video Bingos in the last 3 years and we’ve observed a 360% growth in traffic in the last 12 months in this game category, which is today one of the main sources of monetization on our platform. So this nomination is a product recognition in sync with our business achievements. We’re very happy with both!”.

Caleta Gaming is a Brazilian game provider that delivers engaging content to players worldwide with agile and seamless API Integration to operators and aggregators for the gaming industry. The company has built more than 130 games developed since its foundation, 94 of which are proprietary titles that are part of the company’s current portfolio, including original and customized games, all developed in-house with Caleta’s game engine.