The games – Magical Keno, Jungle Keno, and Banana Keno – are all developed in HTML5 to work perfectly across any device. 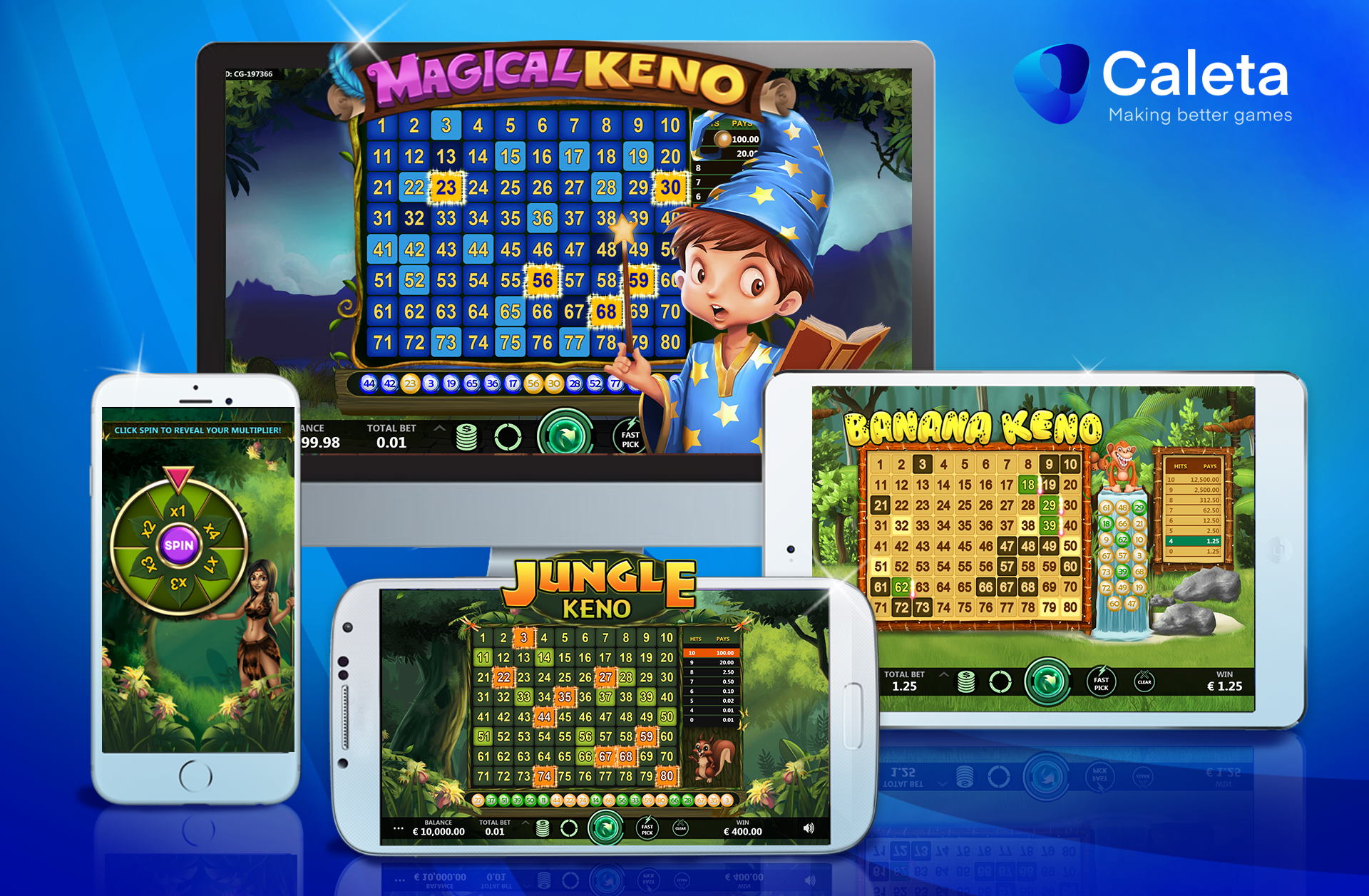 The new titles join Caleta’s fast-growing portfolio of premium content which is available to operators around the world.

Hugo Baungartner, sales agent at Caleta Gaming, said: “Keno games are extremely popular across key markets in Latin America. While Caleta already boasts a wide selection of slots and video bingos, we felt that adding keno was a great way to take us to the next level in the region.”

Luís Proença, game designer at Caleta Gaming, added: “In our keno games, 20 numbers are drawn from the 80 available. There are eight game tracks to select, ranging from track three, in which the player chooses only three numbers to bet, up to track 10, in which 10 numbers are chosen.

“The more numbers drawn which coincide with those chosen, the greater the value of the prize. If the last number drawn is the number that completed the prize, the Golden Wheel Bonus is activated, which can multiply the winnings up to six-fold. It is a fantastic incentive for players.”

In July, Caleta launched a range of new Mexican-themed bingo titles as it consolidated its position as one of Latin America’s leading games providers.

The company has offices in Brazil, Uruguay, and Gibraltar, providing premium online and mobile gaming solutions. It has built an innovative portfolio of cross-platform products, consisting of more than 50 games on its own gaming platform, GP5, which uses HTML5 technology.

As well as the game engine itself, Caleta offers a complete back-end solution that allows agile and complete integration of the API with operators and aggregators.