Caleta Gaming, one of the leading gaming providers for the Latin American casino industry, will participate in the GAT Expo Gaming & Technology that takes place on August 18th and 19th in Cartagena de Indias, Colombia. The Brazilian game developer has been growing exponentially in recent years. “I’m sure this event will be a great opportunity for us,” said Paulo Nova, co-founder and CTO of the company. 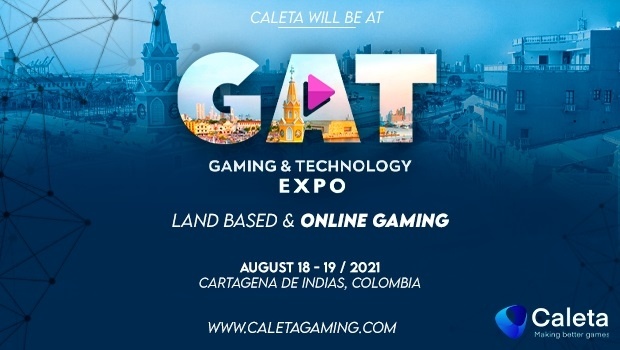 GAT Expo officially kicks off on August 17th with ‘The Preview’, an activity that includes a catamaran ride across the bay of Cartagena de Indias.

“Last year we certified our RNG (Random Number Generator) and several of our games (video bingos and slots) to the Colombian Jurisdiction and also obtained GLI v19 – 2.0 certification, both through the BMM lab. In addition, we still have around 60 games available,” added Nova.

On the 18th, the World Gambling Congress in eSports, CMAe will be installed, and the exhibition will be opened in online and land-based booths from 4 pm onwards. (GMT-5). Later, there will be a business conference and an outdoor networking event.

Brazilian game developer Caleta Gaming, which has been growing exponentially in recent years, ratified its great moment by being nominated in May this year in the category best bingo game provider by the EGR B2B Awards 2021, which is considered as the Oscar of the casino games sector.

Furthermore, it recently signed important contracts with renowned companies in the gaming industry such as Betconstruct, Slotegrator, EveryMatrix and Pariplay.