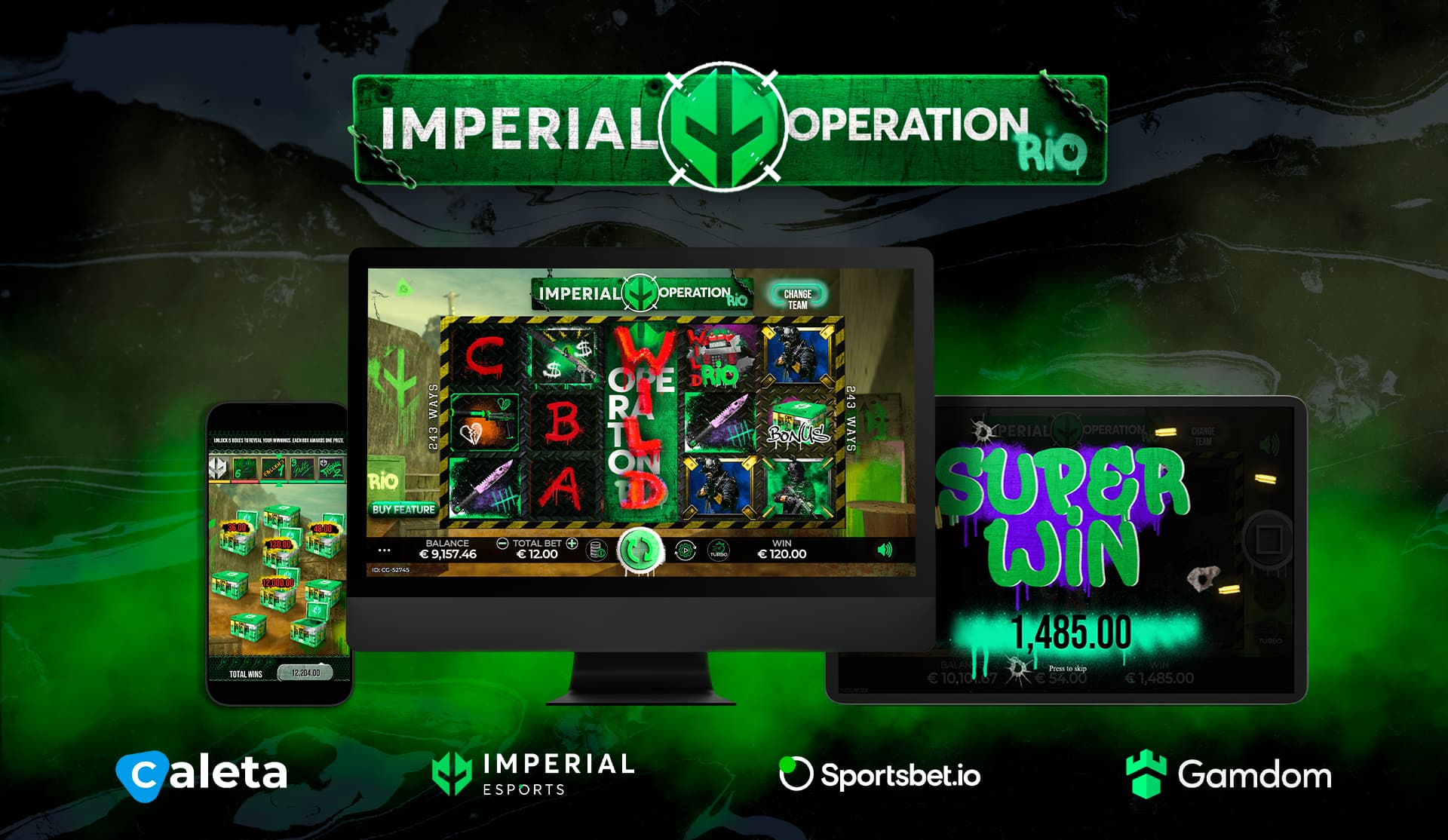 Esports came about as a way to organize online or face-to-face electronic game competitions, and the fast popularity electronic sports turned them into a multi-millionaire industry. As every great team has a great sponsor, in 2022, Imperial Esports teamed up with Sportsbet.io and Gamdom.com, among others, to take a big step that brought about the most iconic Brazilian CS:GO players.

This year, Imperial became home to the project Last Dance, which reunited great names from the Counter Strike scenario, such as Gabriel “FalleN” Toledo, Ricardo “boltz” Prass, Vinicius “VINI” Figueiredo, Lincoln “fnx” Lau, and Fernando “fer” Alvarenga, creating a turning point for the community, which became ecstatic with the possibility of seeing world champions playing together again. Currently, the team’s lineup avails of the arrival of player Marcelo “chelo” Cespedes, who joined as a reinforcement after Fnx migrated to a coaching position.

With the project’s success and great visibility, the three companies decided to release a game inspired by the team with a CS:GO theme. That’s where Caleta Gaming comes in, a Brazilian online game developer and provider, which was already a partner of Sportsbet.io and Gamdom.com. Caleta’s team, working in cooperation with both companies, was responsible for developing the game and making it available on its iGaming platform.

Junior Gonçalves, Product Leader at Caleta Gaming, said, “Joining forces with electronic game giants such as Sportsbet.io, Gamdom.com, and Imperial is seeking to reach discerning and astute players. These are qualities that Imperial translates into its way of playing. Imperial: Operation Rio is made for the public of one of the best eSport teams worldwide. #GOIMP.”

Imperial: Operation Rio is a high-volatility slots game inspired by CS:GO and customized with arts and designs made especially for the team, with a maximum pay of 15000 times the total bet. The game has a bonus that rewards players according to their choice of which boxes to open, giving away prizes according to the team symbol or signature that is drawn, a mechanic that is well-known among Counter Strike fans.

Felippe Martins, the CEO of Imperial Esports, said, “We are making history by creating the first exclusive and really thematic game for an eSports organization that we know of”.

Excited with the release, everyone involved expects it to be a huge success between the highly-engaged team fan communities and sponsors.

“With the release of the Imperial: Operation Rio slot, we took our partnership with Imperial to another level, creating a unique entertainment experience for our users”, complements Justin Le Brocque, Head of Marketing at Sportsbet.io. Felix R., co-founder of Gamdom.com, adds, “Innovation is a Gamdom differential and we show that with this new game”.

Imperial Esports is a Brazilian team in the Counter-Strike: Global Offensive (CS:GO) scenario. The team first played the game in 2019, and won the Redemption Neverest and the Brazilian Championship of CS:GO in 2020.

Sportsbet.io is a Bitcoin betting site that focuses on three essential principles: fun, fast, and fair. The Sportsbet.io team has years of experience with sports betting and focuses on a perfect experience that includes a product with a huge variety of markets to be chosen, many live events throughout the year, live support 24/7, fabulous VIP hosts, great sales for players, and, most importantly, superfast payments.

Caleta Gaming is a Brazilian game provider in the casino industry that focuses on delivering engaging content for players all over the globe by providing agile and seamless API integration to operators and aggregators. The company has built a strong and balanced game portfolio with 90+ titles, including slots, video bingos, kenos, lottos, and scratchcards. Caleta delivers original and customized games that are completely developed in-house with proprietary technology by its ever-growing team.