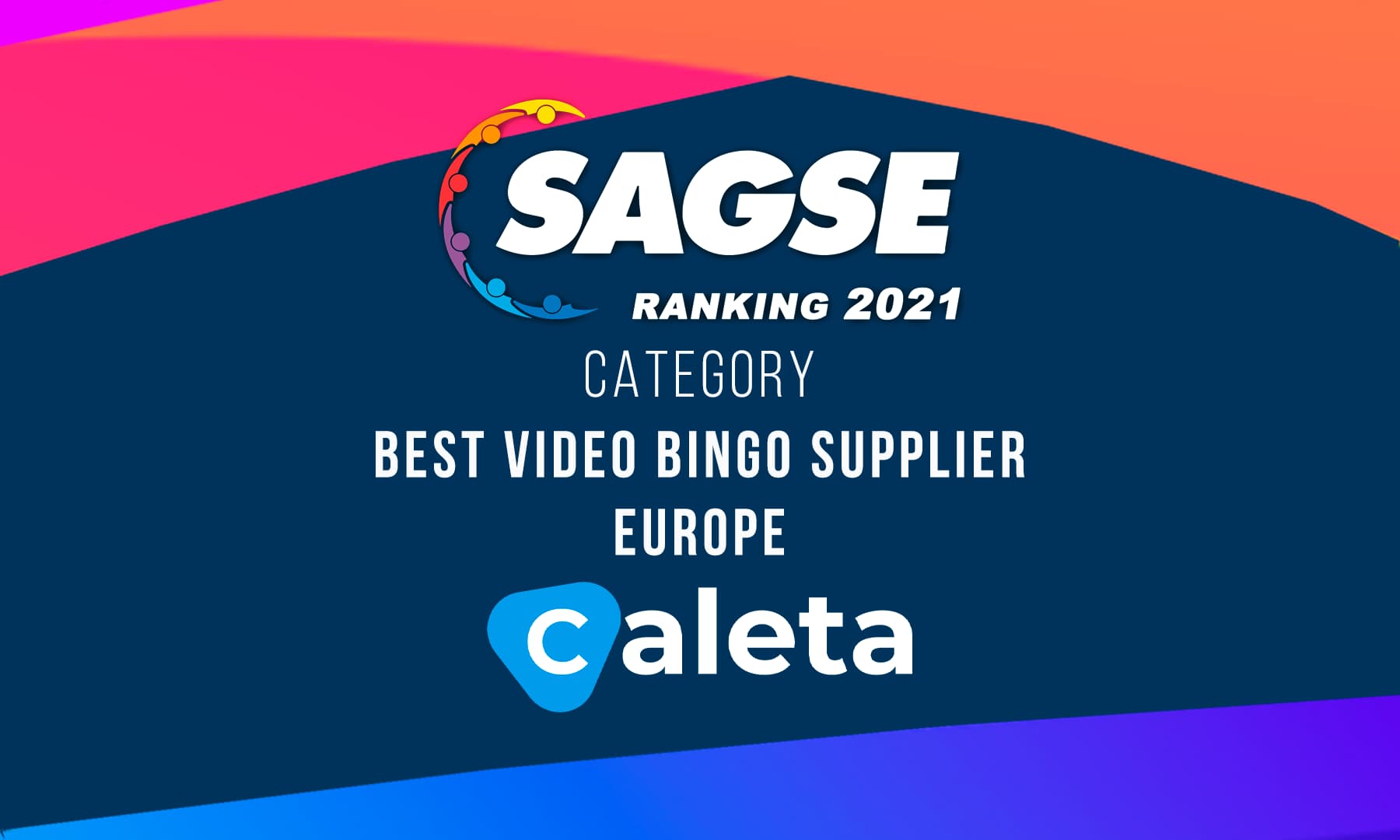 At the end of March, SAGSE Latam received hundreds of executives and leaders from the iGaming market in Buenos Aires, Argentina. SAGSE also ranks the best in the industry with the SAGSE Ranking over LATAM, USA, Europe, and Africa in different categories.

Caleta Gaming was able to bring home the award for Best Video Bingo Supplier in Europe after a journey of developing and innovating some of the greatest premium video bingos for the iGaming community.

This award is a huge milestone for the company, bringing the required recognition after the team’s hard work developing engagement games, features, and bonuses looking to deliver the best content possible as a game supplier.

The growth over the last year in the Video Bingo game category happens mainly through mechanics and themes featured on titles like Banana Bingo and Bingo Trevo da Sorte, the main premium video bingos from Caleta in Europe. And more is coming with the recent launch of Atlantis Bingo, a premium title that is the first in its category to include a progressive card feature to drive player engagement.

“Normally people think that video bingos are popular only in Latin America. That’s not the case at all in our experience. We see Video Bingos perform well all over the world, with strong growth in Europe and specific regions of Asia. As we’re working to show this new reality to the market, this award arrived with perfect timing” said Fabrizio Freitas, Head of Marketing & Analytics at Caleta.

Caleta Gaming is a Brazilian game provider that delivers engaging content to players worldwide with agile and seamless API Integration to operators and aggregators for the gaming industry. The company has built more than 130 games developed since its foundation, 94 of which are proprietary titles that are part of the company’s current portfolio, including original and customized games, all developed in-house with Caleta’s game engine.