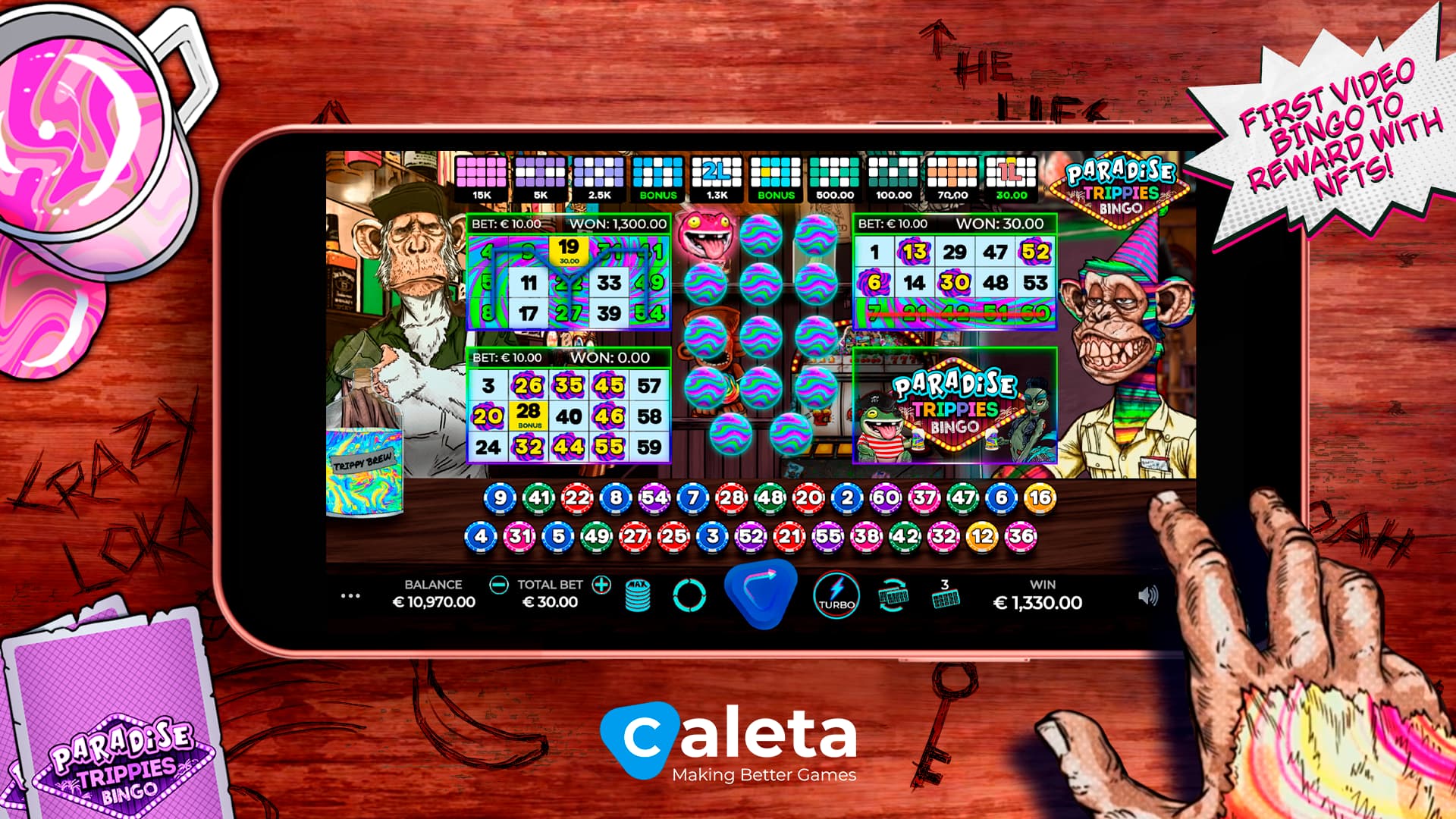 Party Pete is back to share amazing news: After the great success around the Paradise Trippies slot, an exclusive game designed for BitCasino, Caleta Gaming and Paradise Trippies decided to join forces again to release a new and revolutionary video bingo.

Paradise Trippies Bingo is the first video bingo in the iGamming industry that is not only based on NFT theme, but the first one that rewards players with exclusive NFT artworks.

The successful partnership promises to make players go trippy offering a totally different game atmosphere with the famous Trippies characters and 3 bonuses: Show off your drink skills on the Trippy Contest Bonus, test your luck on the trippiest slot machine entering the Jimmy F’Slot Bonus, and get the best that paradise has to offer on the Mega Trip Bonus – where the bet can be multiplied up to 600x with the chance to be rewarded with an exclusive NFT!

“Developing Paradise Trippies Bingo was a great opportunity to work on a game with a lot of people that are passionate about this universe. With the success of Paradise Trippies Slot we challenged the team to go further and explore a different part of the Island and they came up with a place where everyone who enjoys this world can gather around a table, have a few drinks and win great prizes.” stated Junior Gonçalves, Product Leader at Caleta.

“Another world-class game has been produced by Caleta and we are delighted that the Trippies have once again come alive.” said Andy Booth, founder at Paradise Trippies.

Jon Booth, Lead Creative at Paradise Trippies added “Following on from the successful launch of the Trippie themed slot game we are excited to release the next installment of our Paradise themed games. Bang the bongo and enjoy the Bingo!”.

Caleta Gaming is a Brazilian game provider for the casino industry that continues to focus on delivering engaging content to players all over the globe by providing agile and seamless API Integration to operators and aggregators. The company has built a strong and balanced gaming portfolio with 90+ titles, including slots, video bingos, kenos, lottos and scratchcards. Caleta delivers original and customized games, totally developed in-house with proprietary technology by its ever-growing team.

Paradise Trippies is a project idealized by Andy Booth and has launched a unique collection containing 10,000 NFTs to the community, it is based on a digital island where the only access is for Paradise Trippies NFTs Owners only. The team sold out the collection in 13 days! Their diverse team with recognizable artists promises to deliver a new world full of adventures led by the famous Bored Ape Yacht Club’s (BAYC #9696), with an innovative way to enter the metaverse. 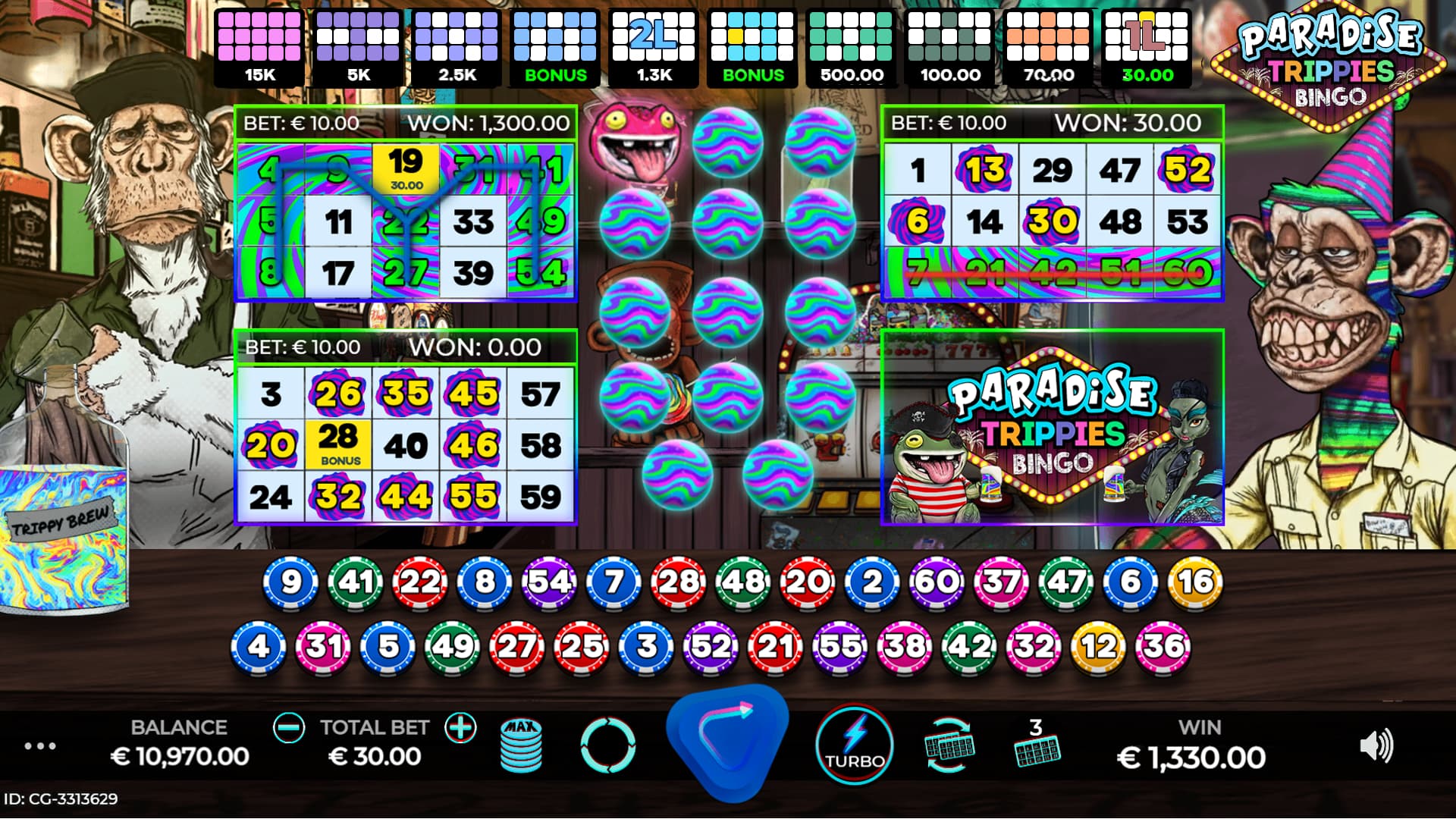 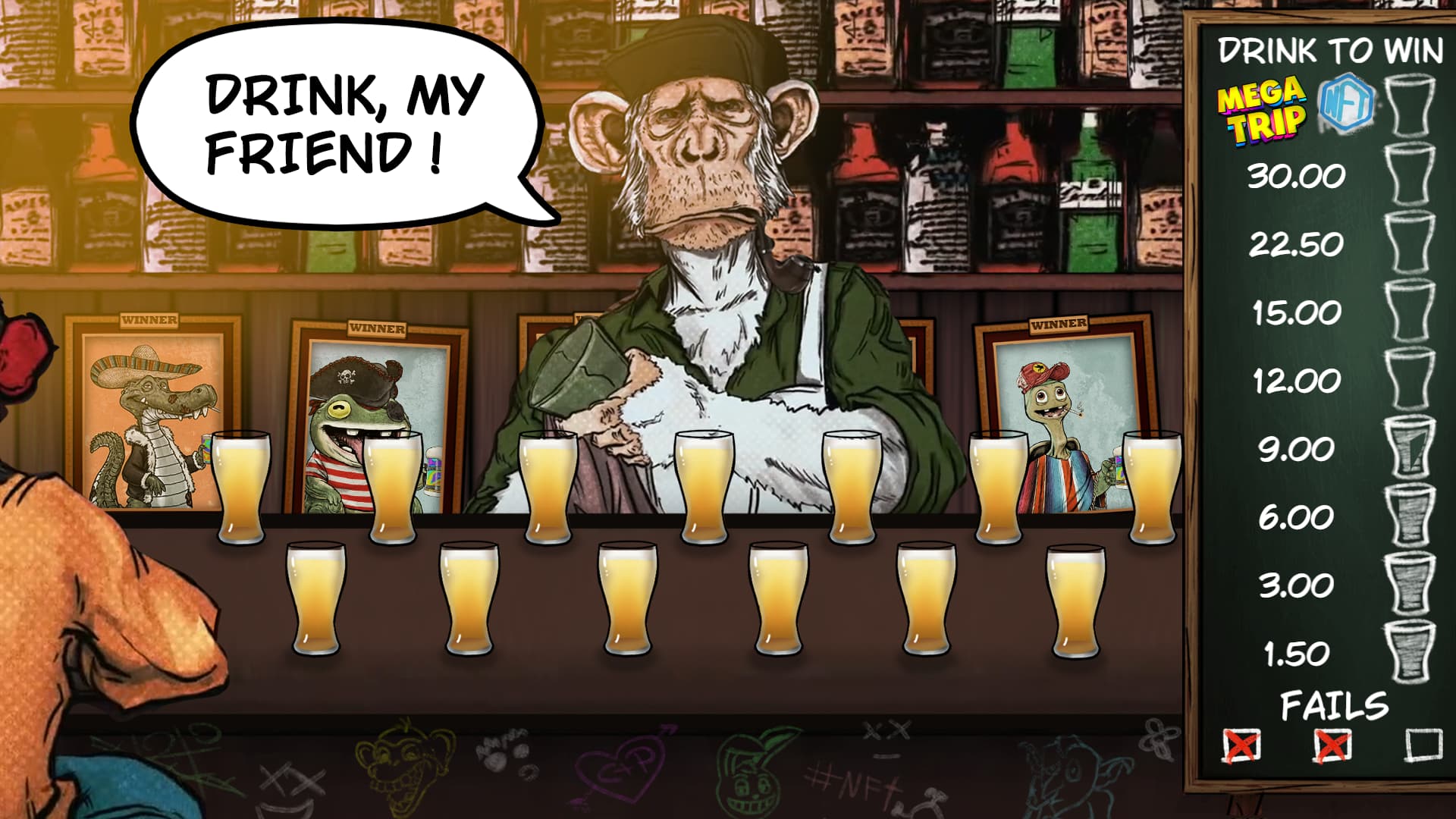 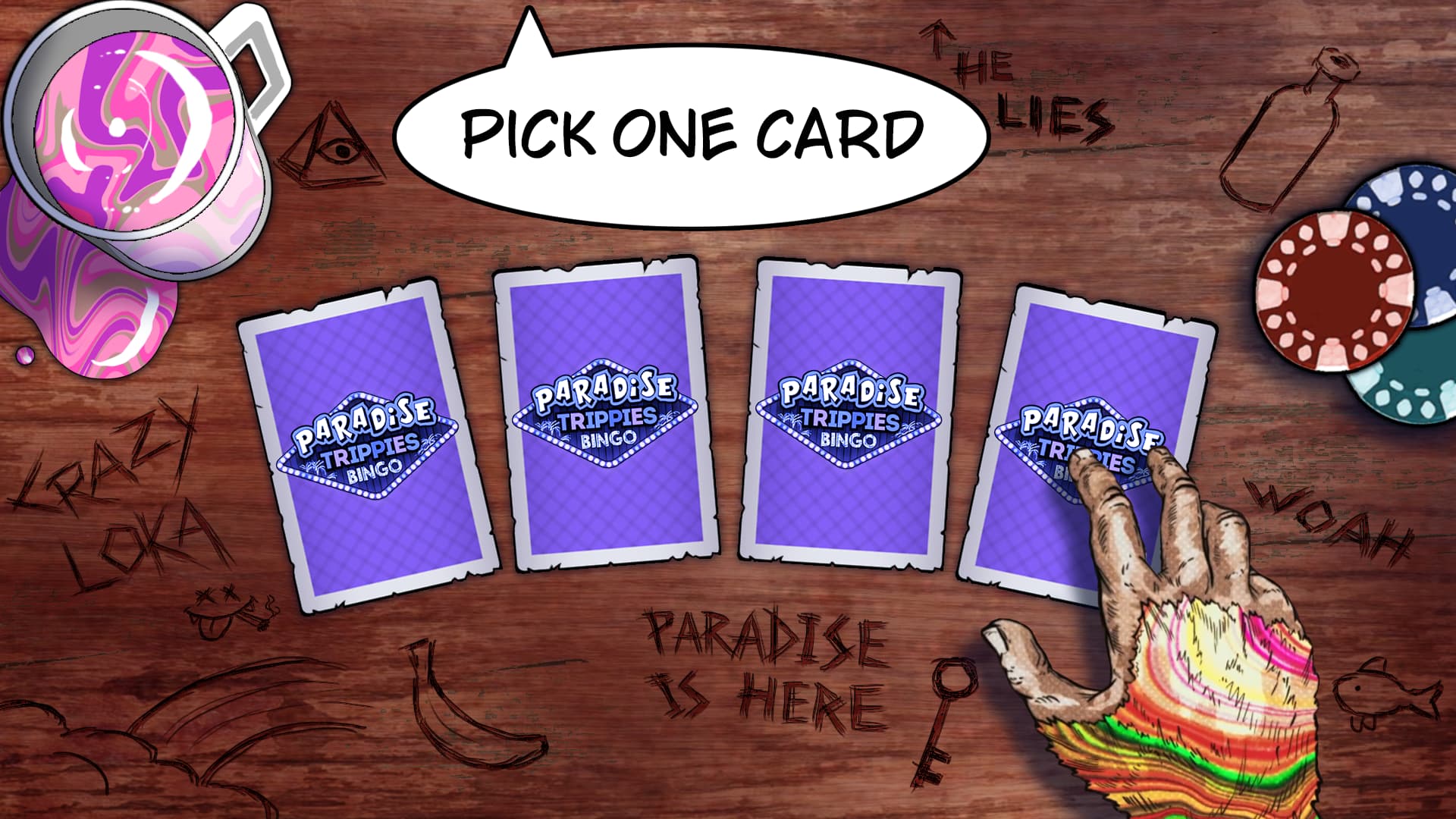